The SMArts team is made up of Janelle Rainville as Director, Jeff Morris as Conference Associate and, of course, our many talented instructors. SMArts instructors are chosen because they are working professionals with successful careers in the arts. Through their advice, expertise and helpful hints, each participant will have the opportunity to explore the many facets of Stage Management. 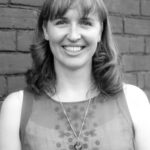 JANELLE RAINVILLE has had the opportunity to stage manage for a variety of genres over the past 19 years including theatre, musicals, tours and special events, though the bulk of her time is spent working in the realm of dance. She spent 4 seasons with the National Ballet of Canada as ASM and SM for YOU Dance. In the past 6 years, Janelle has been doing more Production Management, working with Le Théâtre français de Toronto, University of Waterloo & Magnetic North Theatre Festival. In her “spare” time, Janelle teaches dance stage management at Ryerson Theatre School, Stage Management at the University of Waterloo and is the administrator of PMArts – the sister conference for Production Managers. But her favourite project thus far has been her son, Hunter – the first ‘SMArts’ baby.

JEFF MORRIS studied technical theatre production and administration at Ryerson’s Theatre School (1987 – 1990), pursuing a growing interest in stage management for dance. After leaving Ryerson, he worked as Production Stage Manager for Toronto Dance Theatre (1990 – 1995, company debuts in Warsaw, Berlin, Tokyo, New York), Production Manager for Dancers for Life (AIDS Committee of Toronto, 1991 – 1997), Stage Manager for Theatre Passe-Muraille (Never Swim Alone, Metamorphosis of a Shadow), and Stage Manager for the Fringe Festival of Independent Dance Artists (fFIDA). In 1995 he joined the National Ballet of Canada, and has been Stage Manager for a wide range of the company’s unique classical and contemporary repertoire, including world premieres of The Four Seasons, Cinderella, and An Italian Straw Hat (Kudelka), Emergence (Pite), company premieres of Christopher Wheeldon’s Alice’s Adventures in Wonderland and The Winter’s Tale, the world premieres of Alexei Ratmansky’s Romeo and Juliet, and most recently Frame by Frame – a collaboration between the National Ballet’s Guillaume Côté and Robert Lepage/Ex Machina. In addition to his work with the National Ballet of Canada, Jeff is an adjunct faculty member with The School of Toronto Dance Theatre, and has taught and mentored stage managers at the Banff Centre for the Arts and SMArts.

During each Conference we have the invaluable assistance of an Apprentice Stage Manager. Without their help, guidance and talent the Conferences could never run so smoothly.